Striving towards the path of success since the age of 11: the story of CA Varsha Sharma 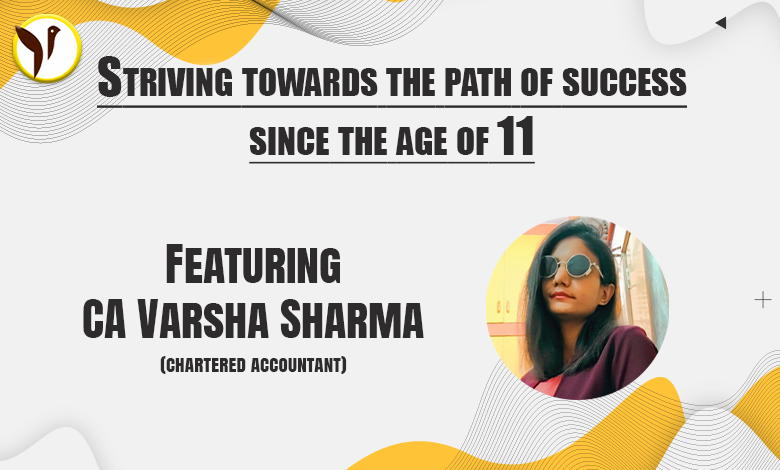 My journey of becoming a Chartered Accountant started way back when I was just 11 years old.

I belonged to a small town in the Morena district named “Kailaras”. Talking about my parent's my father is a high school pass and my mother is illiterate. I did my primary education from a typical Hindi medium state board school.

Later, I left my parents at 11 to study in an English medium and CBSE school. I moved to Gwalior to live with my joint family. Now, an 11-year-old girl got to see the world.

Living without parents, managing everything on my own, and being shy enough to ask for anything was tough. Add to that the fact that “English” is a nightmare for Hindi-based students. This became a double wrestling game to me. Sooner I realized the importance of parents but going back was not an option. With all this anyhow with help of friends and teachers, I managed my studies.

I used to keep a dictionary in hand to understand the meaning of answers and then learn them, so it always took me long extended hours of study to just pass those small classes.

I remember reading till 12 pm or beyond but “KYA KARE JID THI”. The only motivation for me was to just become something.

On the personal front, it was more difficult to manage. I was criticized for a number of things be it my prudence as an 11-year kid or my walking style or the way I was a foodie. I used to get scolded for any other reason whatsoever it was. This whole made me a nervous small kid.

However, I have been a stubborn kid, so this whole personal thing made me a different person. I avoided talking at home or expressing myself and did everything at my school. Things changed with time. Classes became big, I had no coaching and also no courage to ask for one.

It was getting tough to study with a joint family but again the stubborn kid inside me managed to study in a storeroom,  by putting on a chair and studying without a fan, managed to score 90% in my 10th grade.

By then, I knew that CA was the toughest course with minimum investment requirements. So, I decided to take commerce.

I did not take any classes till the 12th and managed to score enough marks. I had no other choice than to go for CPT and on my own started taking classes for CPT just after I cleared 12th.

Now, IPCC Gwalior had limited teachers so I joined some mediocre teachers because of financial issues. I used to study anywhere be it the park, parking, road everywhere I just used to open my book and start reading. This whole paid me off as I cleared IPCC in my first attempt and joined an articles firm.

By now things were better, I had my stipend, my schedule was good, and also people had confidence in me that I will do something in my life. Soon my attempt approached.

I got leaves for 5 months approx. I prepared for the exam, was in my fantasy of clearing on the first attempt but the result was really bad.

After a lot of failed attempts, I was starting to feel disheartened.

My brother took 2 months' leave to support the family and people around me started to criticize me. The worst thing one can face in life is watching your strength stand broken. I saw my father crying.

I knew it was only me who could take him out of this phase so, I dropped my attempt and went back to support him with medicines and hospitalization, gradually he got better.

Now I was back in the race. Another attempt and I was all set to go with both groups. But then a wedding took place in our house. It took a majority of my preparation time. I appeared but could score 370 only.

People around me lost faith in me, in fact, I was broken.

Then now I got this friend on some online rubbish game who was an IITian and a freelancer study planner and motivator. Probably the god's agent coz we become good friends

I was quite comfortable sharing my personal fights with a stranger. He changed my life track, he reminded me of that stubborn girl, the real me who was lost in her failure tour.

I had no one but him, I was exhausted mentally, tired of the same books, but we together found ways to innovate and test myself.

I was again prepared for the battle with newfound energy, and went on to appear for the papers, but failed to succeed again.

Around my next attempt, Covid struck the country.

However, for me, quarantine was not tough but a blessing of free time to know myself more, and invest wisely in exams. In between, I got a chance to work with E&Y on a contractual basis. After the next exams, things seemed easy. But again, my aunty had to go, a month before exams and I had to manage the house for the period.

I didn't know how I was studying but I still managed to take time out and continue studying.

The first paper happened and then all others went well. I Had no hopes because I was tired of having them.

I scored 4 exemptions but still, there was a twist.

I cleared group 2 but I couldn't clear group 1 because of paper 1, that uncertainty impacted my paper.

And also because of the law exemption, I had lapped my SFM exemption. I was just 3 papers away from the title.

By now I left my job and started preparing for exams and again the second wave came. I was severely ill, my lung was swollen and I thought of opting out but my Covid report was negative.

I had severe pneumonia thrice but not covid. Frustrated! Tired! I still showed the courage to give the exams in 10 days and I thought would not be clear so I started making a mindset for Dec 21 attempt.

Guess what! The whole journey was concluded. I cleared my group, became CA, and landed a job within 10 days of result in Deloitte USI.

Today, when I look back, I feel so proud and thankful to God! And also, to that stranger who is now my lifetime bestie and who owns this degree before me.

- the story of CA Varsha Sharma

(The winning entry of CA Scribbles, an initiative of jobaaj.com) 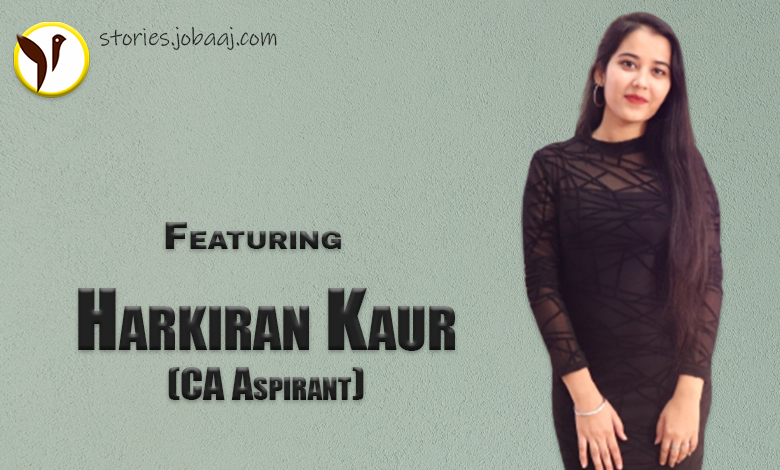 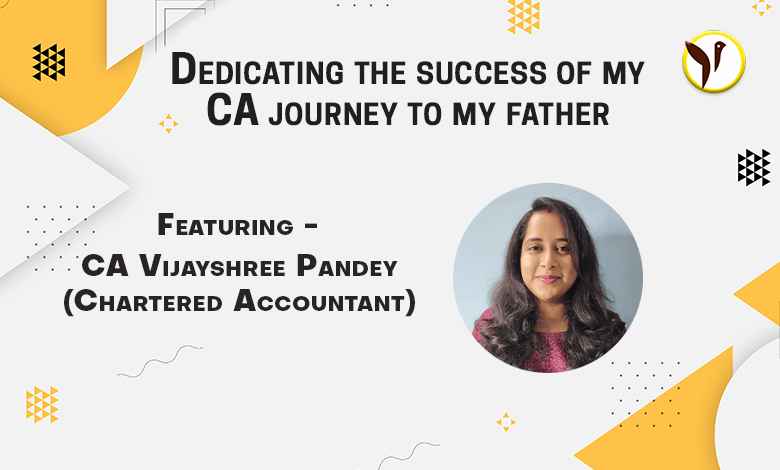 A journey of Patience, Perseverance, and Never Giving Up - The CA story of Jasna K 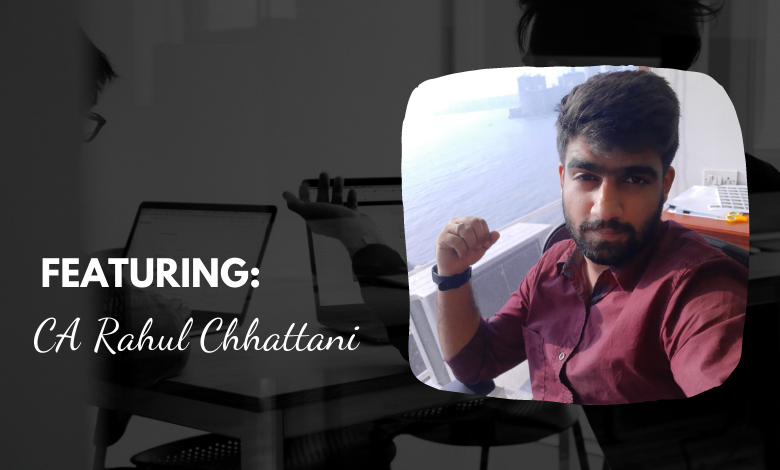 Striving towards the path of success since the age of 11: the story of CA Varsha Sharma

Please tells us more about it!

Connect on Whatsapp for
immediate support 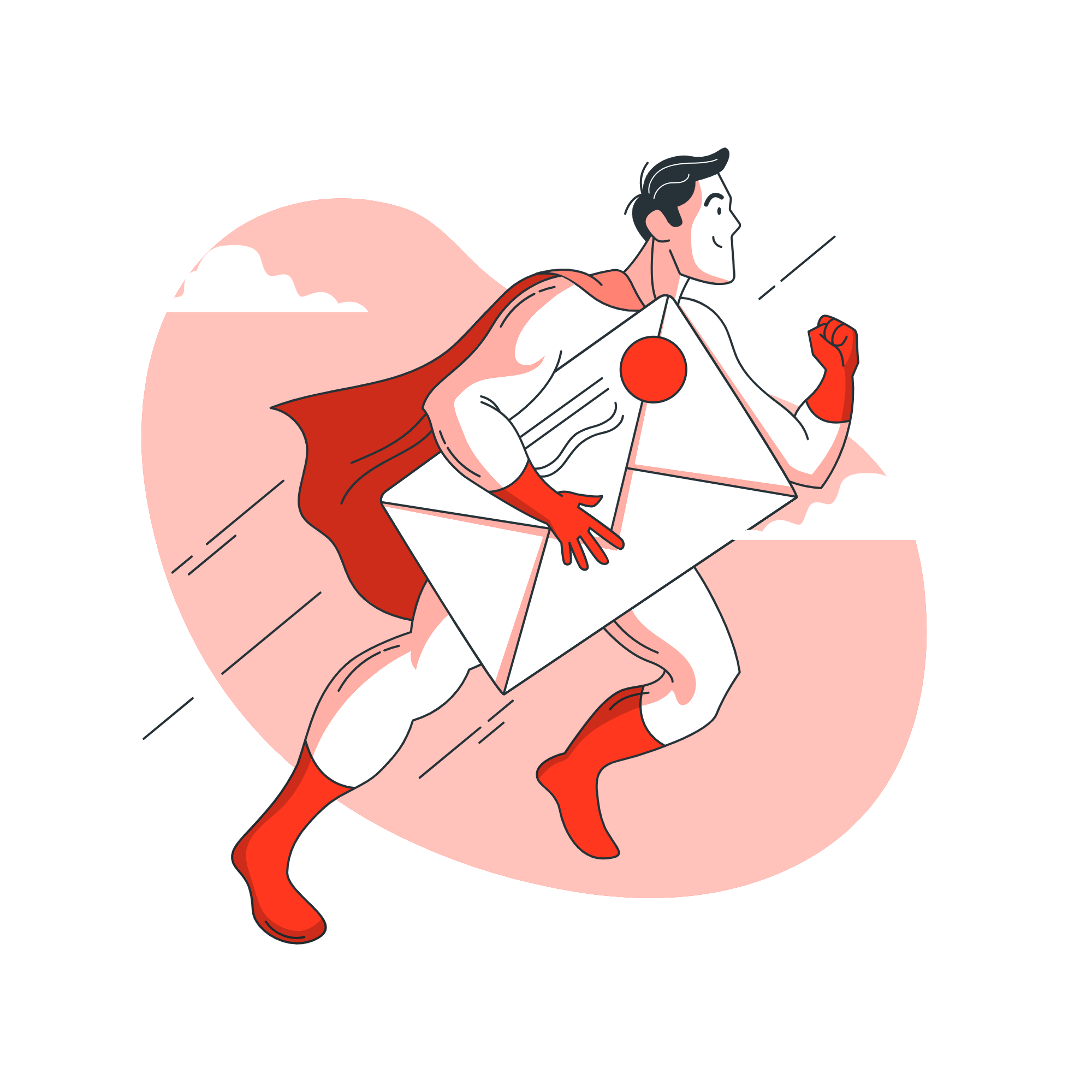