The textile industry has been subjected to experiments by our government time and again.

This time, the government has breached the promise it made when it brought the garment industry under the GST regime with the assurance that it would tax it at the lowest rates since clothing is a basic need of life.

On November 18, the Centre notified an increase in the GST rates on apparel, textiles, and footwear to 12 per cent from 5 per cent, effective January 2022. Additionally, GST on the apparel of any value has been increased to 12 per cent, which earlier was subject to 5 per cent GST for pieces priced up to Rs 1,000.

While the news disappointed the public, it was not welcomed by the industry either.

And it is the MSME businesses, accounting for 80-90 percent of the industry which will bear the brunt of the fiscal impact.

The decision has come at a time when the MSME sector is still recovering from the aftermath of the second wave of Covid-19. It has only compounded the financial burden of the industry, which has already been hit hard by reduced business, nationwide pandemic-induced closures, and increased prices of raw materials and freight.

A 15-20% price increase in garments was bound to happen even without the GST increase.

Then why did the government go on further and add to the troubles? 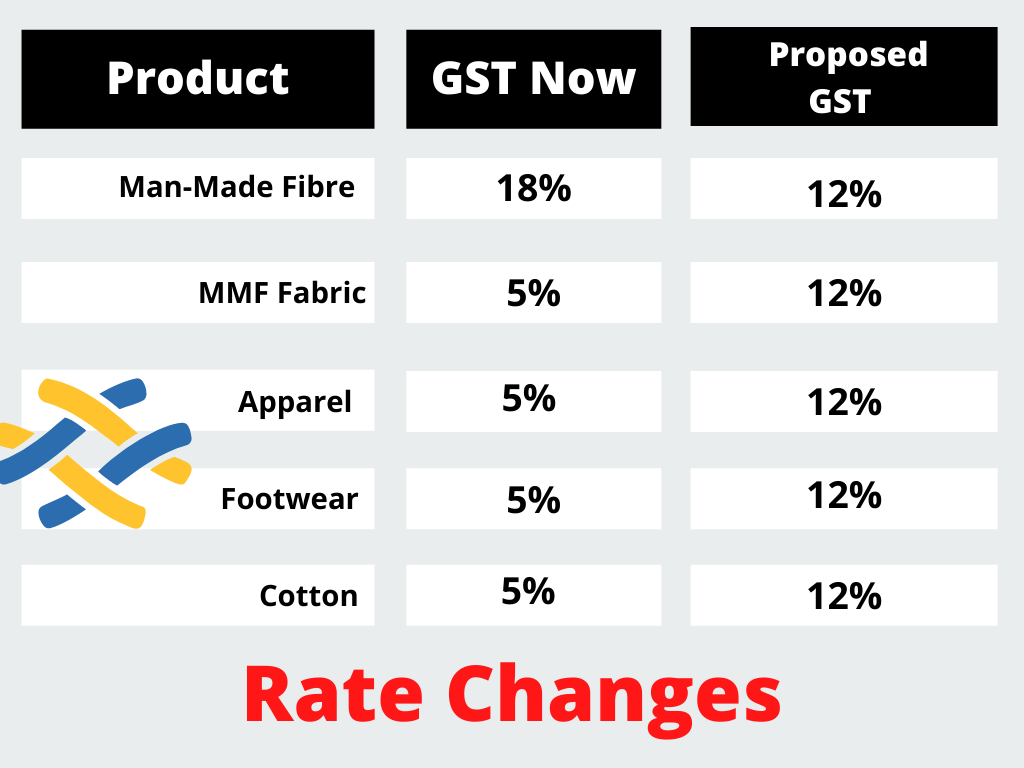 The government’s rationale behind the proposed decision is to correct a tax anomaly associated with the refund of Input Tax Credit (ITC) on account of an inverted duty structure.

What is it? You may wonder.

Put simply, it means higher taxes on input and lower tax on output or final product. Or, more precisely, it is when businesses are required to pay higher GST rates on raw materials than on finished products.

Until the hike, GST on Man-Made Fibre (MMF) yarn (input) and fabrics (output) was 12% and 5%, respectively. Because inputs are taxed at a higher rate than finished products, credits built up, costs cascaded, and working capital for the industry was severely restricted for the industry.

For a long time, businesses have faced this issue concerning the refund of unutilized ITCs under the inverted duty structure of GST.

Although the GST council has addressed this matter for many industries, however, for footwear, textiles, pharmaceuticals, and fertilizers, the issue still persisted. The government believes that this decision would correct the tax anomaly afflicting the textiles’ value chain.

So, if the move results in reduced compliance costs and a simplified input tax credit system, what is it that has the industry in a tizzy? 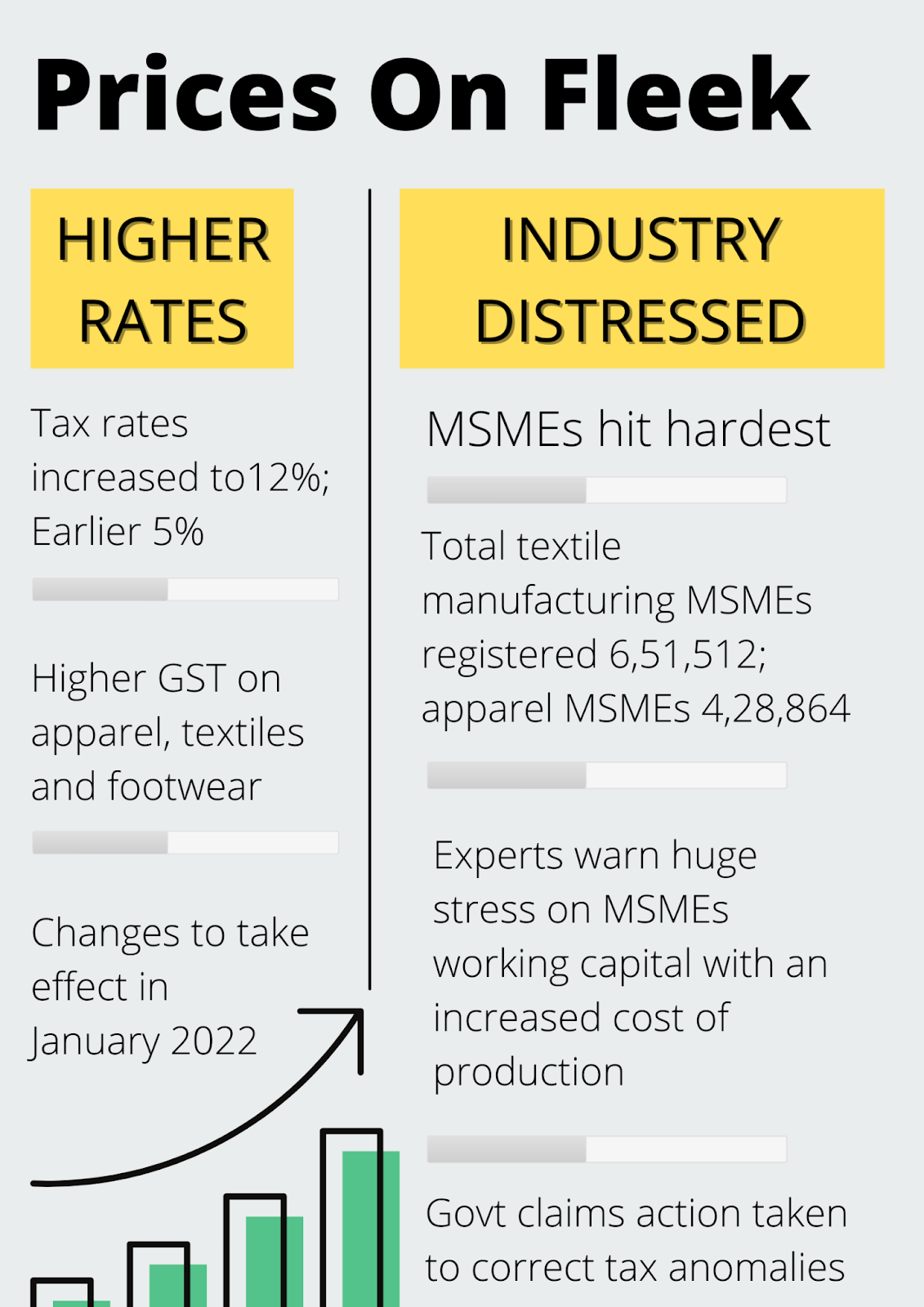 Industry experts believe the market could handle a 3 to 4 per cent increase, but a 7 per cent jump is too abrupt.

The GST hike would negatively impact the working capital needs of the MSME segment, whose revenue has been eroded by the pandemic, slower sales, and more expensive inputs.

The cost differential that existed was extremely critical for small players since it allowed them to operate at low costs in a sector that produced non-premium/non-luxury items.

The MSME sector will have a harder time surviving with uniform pricing. It is likely that the unorganized sector will exit the GST net in the long run.

Declaring it to be unjustified and incompatible with the government’s plan to remove inverted duty structure, the Confederation of All India Traders (CAIT) said, “Instead of simplifying and rationing the GST tax structure, the GST council has made it as most complicated GST law in India over the world.”

According to tax experts, the 12% tax on clothing (a basic need) is totally unfair. To alleviate the problem confronted by only 15% of the sector, a larger increase in the GST rate will be detrimental to the other 85% of the industry.

Rajat Mohan, senior partner, AMRG & Associates believes that putting the entire value chain under a flat 5% GST rate would be the most rational and effective solution. Not only would this correct the inverted duty structure anomaly but would also give a fillip to the industry.

However, with all the protest and disappointment received from the industry, the government did not have any easy choices before it, and the decision was reached after several rounds of discussion. Tax refunds and litigation were continually impacted by the anomaly in rates.

Well, we now have an additional tax burden for the already battered MSME sector.

Is it the right time to allow Corporate Ownership of Indian Banks?

The US reveals new software vulnerability, warns hundreds of millions of devices at risk
3 weeks ago

Will Rupay Card destroy Visa and Mastercard?
3 weeks ago